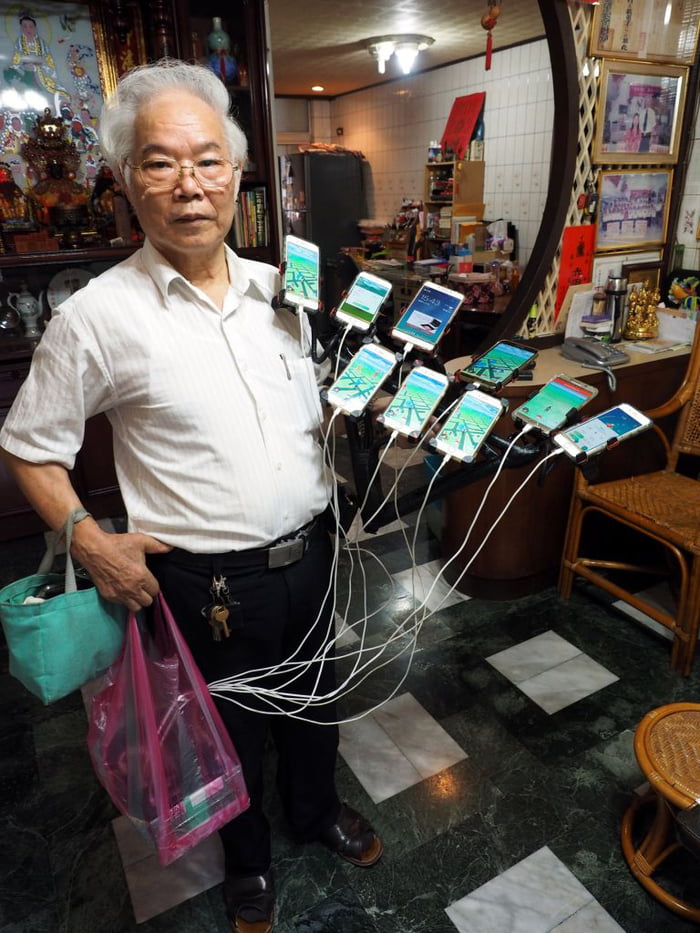 We bet you don’t love Pokemon Go as much as this guy.

Chen San-yuan, 70, uses 11 smartphones to catch the virtual monsters. He got hooked on Pokemon Go in 2016 when his grandson taught him how to play.

Photos showed him the in a park in New Taipei City, Taiwan, with his unusual set up. 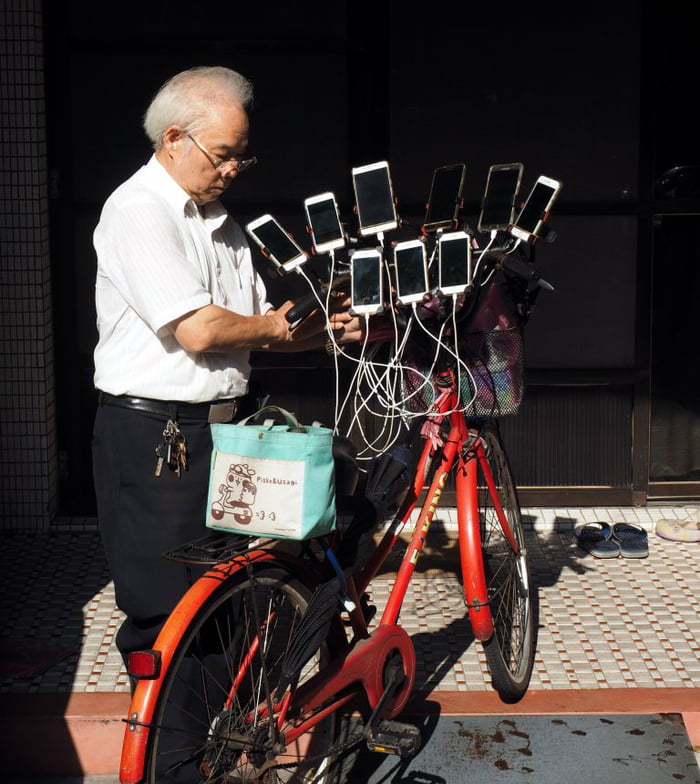 He mounts the phones on his bike, charged by a bag of batteries, and spends all his spare time catching Pokemon on streets or in parks. He loves the mobile game so much sometimes he doesn’t return home until 4am. 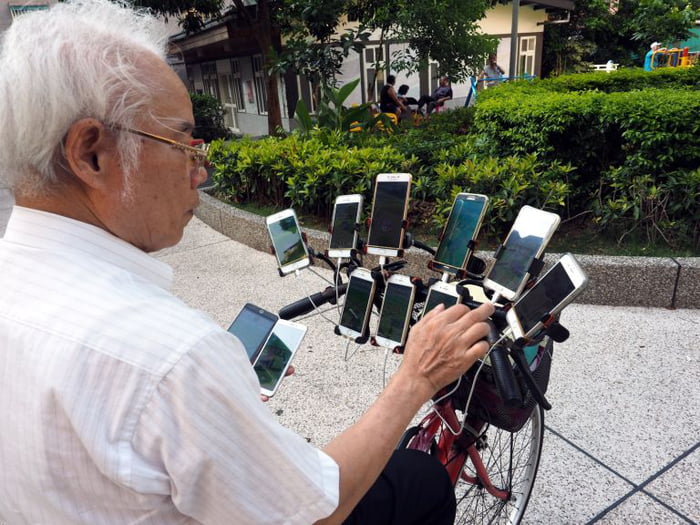 has 9 devices on the bicycle now. Only accounts over Level 30 will be mounted on it.

has 2 or 3 big power banks to charging all phones.

He feels that attacking gym will make somebody unhappy, so he prefer P2W.

Many Pokemon go trainer gather together because of lure, he like it, so he lure many times a week.

He wants to increase his smartphones to 15. That would mean an increase to his bill for his hobby, which currently costs him $1,500 / month. 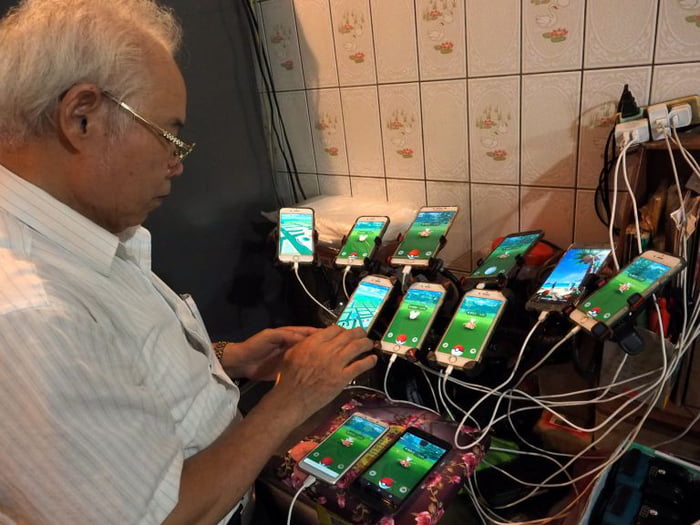 He also gets to make friends with other players. 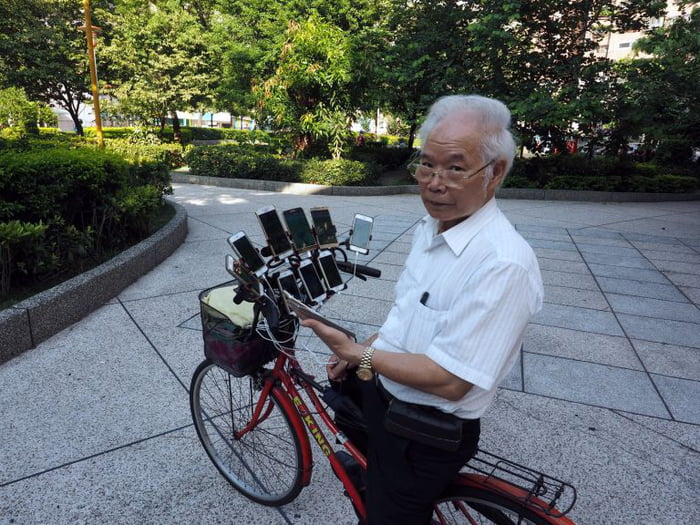 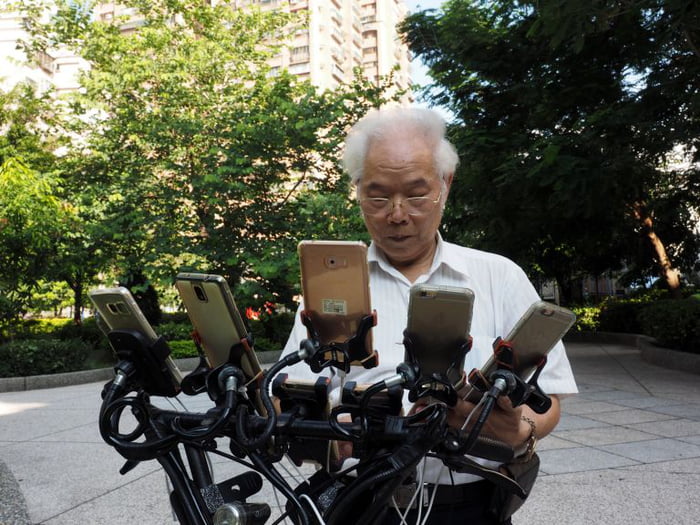 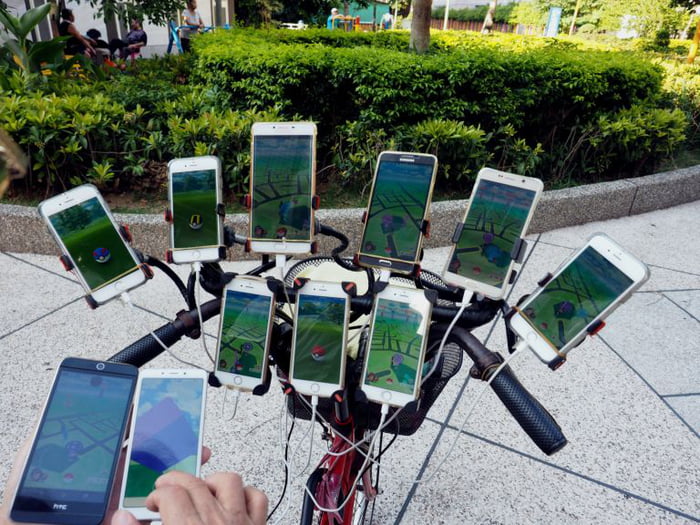