Donkeys on the Greek Island of Santorini are being injured everyday after carrying overweight tourists.

Santorini is a popular stop-off point for cruise ships. Between May and October, up to five cruise ships a day can bring in about 1,200 tourists to the Island. Known for its steep paths, donkeys are the only way to transport people to areas vehicles can’t reach.

The animal charities said that locals have had to cross-breed their donkeys with mules, which are bigger and stronger in order to carry heavier loads. 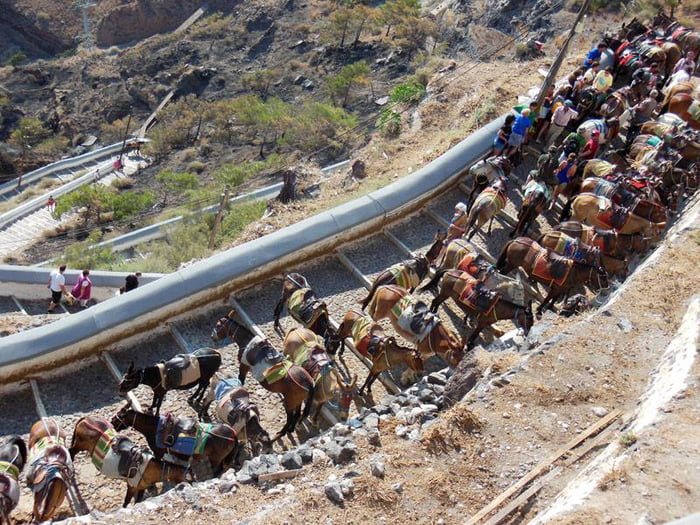 A spokesperson for the Help the Santorini Donkeys charity said:

It’s recommended that animals should carry no more than 20% of their own body weight.

The obese and overweight tourists, combined with the lack of shade and water as well as the sheer heat and 568 cobbled steps, is what is causing such a problem.

There should be a weight restriction. With donkeys it is should be no more than 50kg, but how would that be imposed and who would be there to make sure that happened?

Now they’re having to resort to using cross-bred mules, because the donkeys just aren’t strong enough. 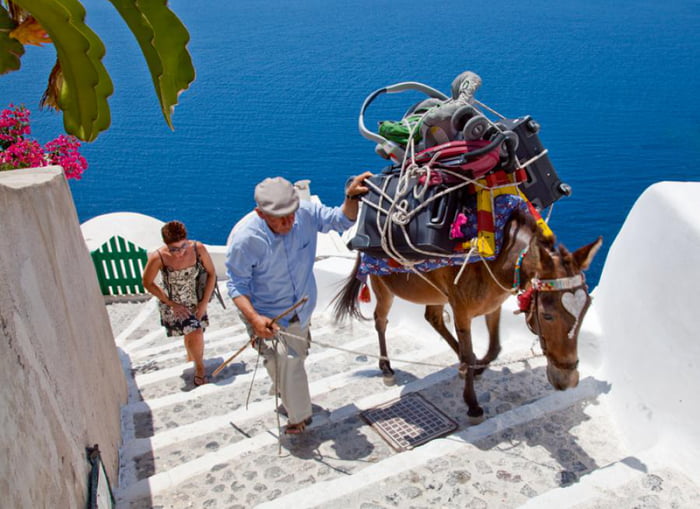 Christina Kaloudi, 42, set up the Santorini Animal Welfare Association after she moved to the island 10 years ago.

She said she the number of overweight tourists arriving from places like America, Russia and the UK are soaring. 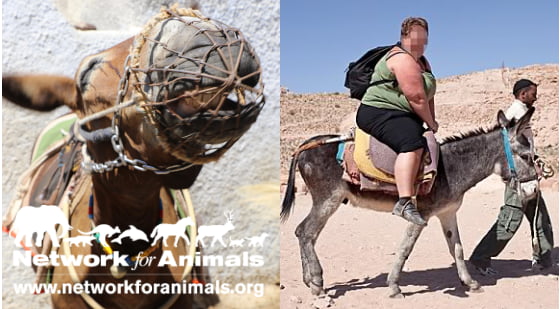 There are some good owners out there that follow the code but generally donkeys are worked into the ground and then disposed of when their working lives are over.

They are made to work in terrible conditions without adequate water, shelter or rest and then I find them tied outside my shelter, barely alive.

Despite an international code of practice for working equines being signed by officials on the island, many owners do not follow the guidelines as they are rarely enforced.

We don’t want to stop the locals making a living or using donkeys on the steps but to look after them in a fair and humane way. 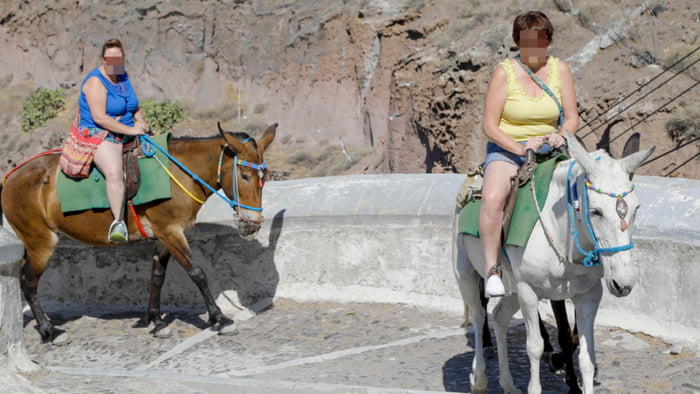 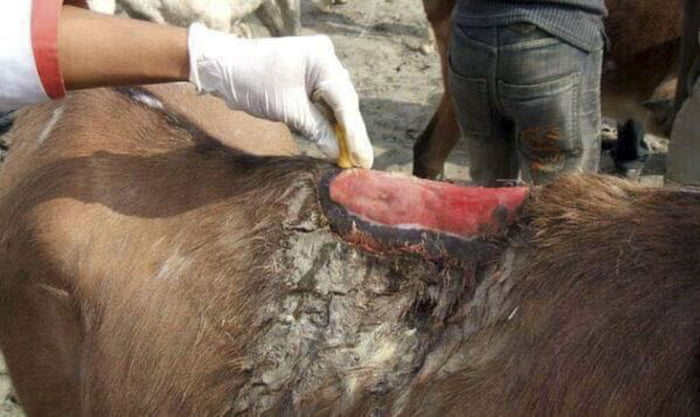