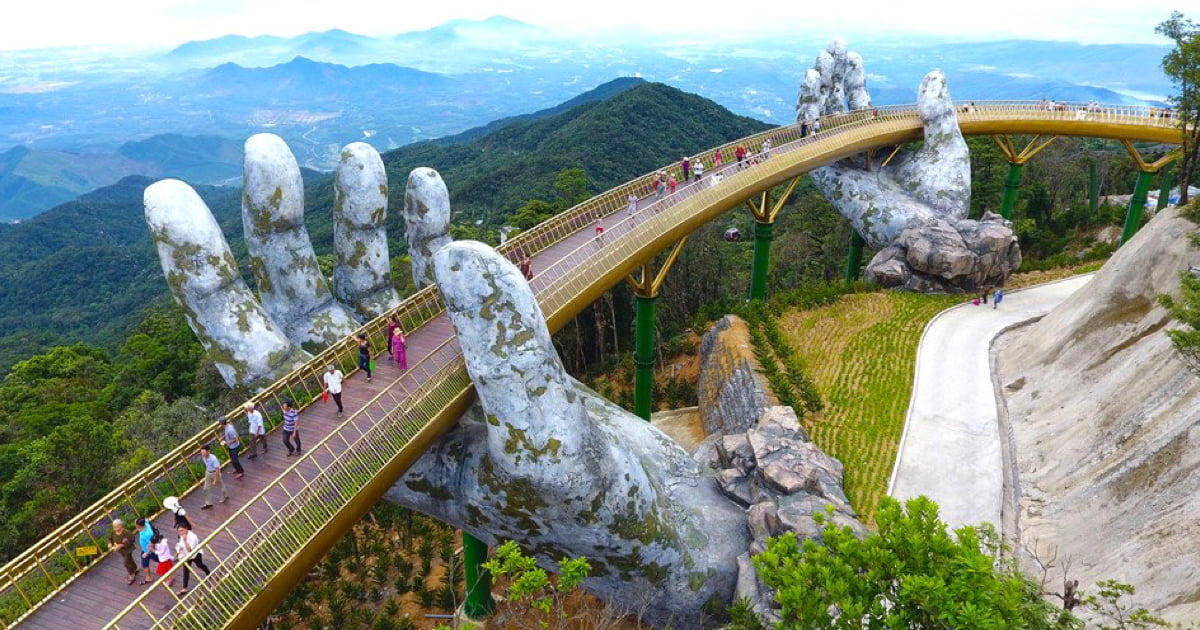 A golden bridge held up by two massive stone-coloured hands has just opened in the Ba Na hills, near Da Nang in central Vietnam. It is the latest in a series of statement footbridges around the world.
Cau Vang (meaning the Golden Bridge) opened in June, the bridge is 150 meters long and 1,400 meters above sea level, with views across the green mountainscape. It took just under a year to construct, with initial designs by TA Landscape Architecture. 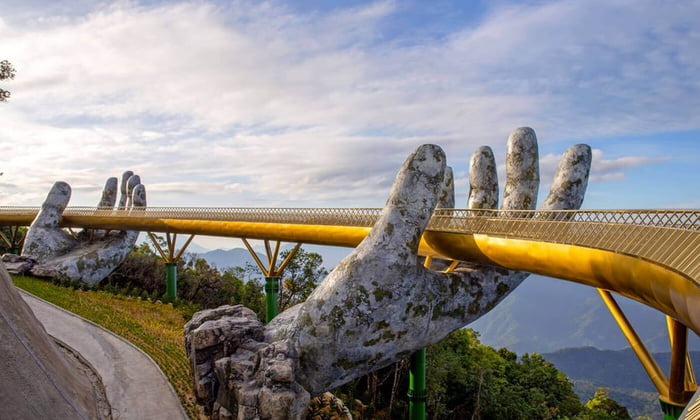 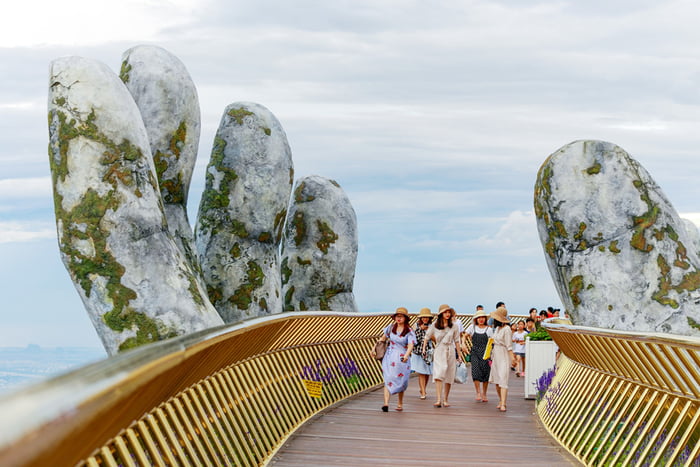 The true wow factor comes from the sculpted hands. Although they look like they’re carved from stone, they are actually not though.

We designed the skeleton of the hands and covered them with steel meshes,” a representative of TA Landscape Architecture said, “then we finished with fiberglass and added the theming on it. The entire construction of the bridge took about a year.” 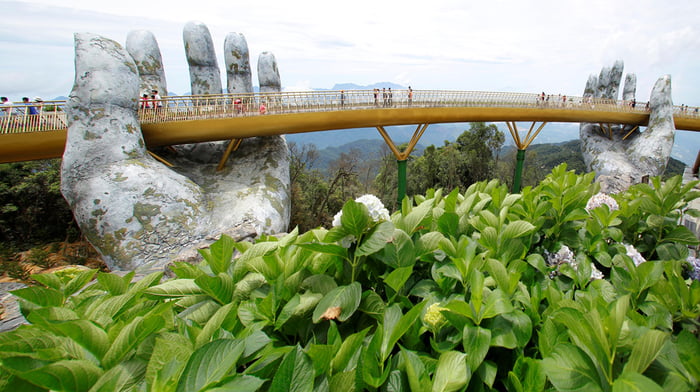 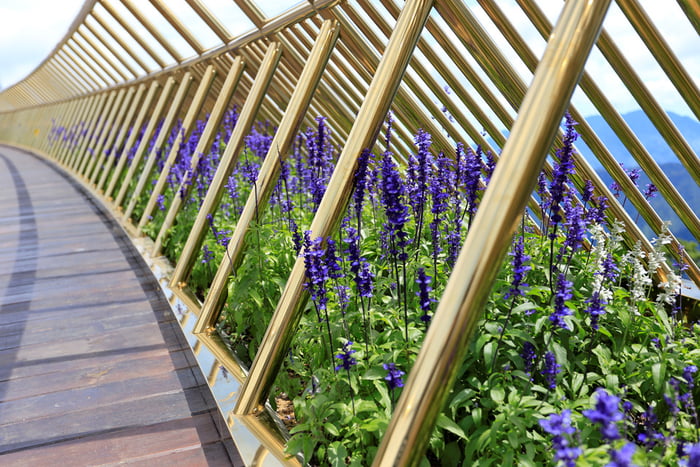 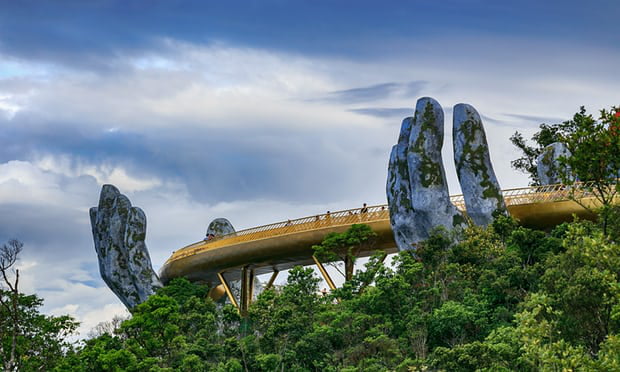 The Ba Na hills mountain retreat was a favourite holiday location for the ruling French authorities in the early 20th century but fell into ruin after the revolution against colonial rule in 1945. The area is now home to a replica French village and gardens, along with a 5.8km cable car track – once the world’s longest and highest – as well as a cavernous concrete amusement complex, hidden beneath the kitsch-looking village.