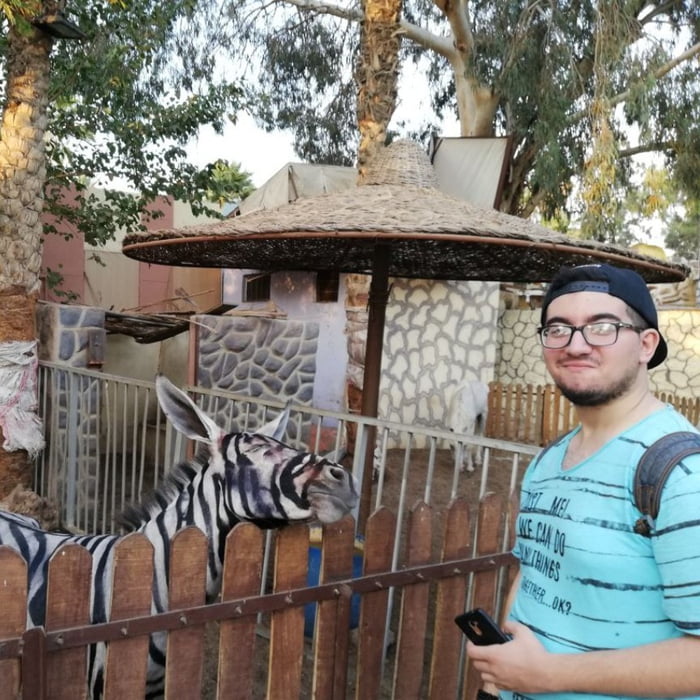 A zoo in Cairo’s International Garden municipal park has come under fire for trying to deceive visitors by painting a donkey with black stripes to make it look like a zebra.

The zoo in Egypt has denied painting black stripes on a donkey to make it look like a zebra after a photo of the animal appeared online. 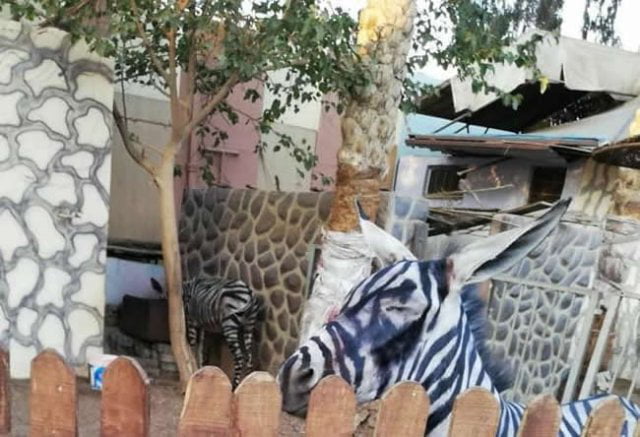 Student, Mahmoud A. Sarhani, who had recently visited the recently opened zoo posted a photo of a strange-looking zebra. Not only did the animal have usually-long ears, but it also had some strange paint smudges on the side of its head.

Apparently, zoo staff painted a common white donkey with black stripes, trimmed its mane to make it look pointy and tried to pass it off as a zebra.

Unfortunately, the hot weather caused the paint to smudge which attracted unwanted attention from the zoo visitors.

Most people found it hilarious, but some declared themselves outraged and asked for an explanation from the zoo’s management.

The zoo have denied it and yet to give out an official statement.