Ok this is like really really weird.
So weird to the point that we can’t quite work out what’s going on because it looks like Kim Kardashian has had a glowing necklace implanted under her skin. Don’t believe us?
Check out the video she posted on Instagram.

Beyond any “What the fuck?!” factor, it actually looks pretty cool – if you’re an alien. But it’s likely not actually a beneath-the-skin implant, because even for Kim an alien implant necklace is pretty extreme.

Rather, it seems to be her promoting an art show called A. Human by her friend Simon Huck, and the piece itself has been stuck to her skin, rather than embedded underneath.

She’s not the only celebrity showing off bizarre body modifications, either. Chrissy Teigen wore a set of skin feathers sprouting from her chest, which looks as equally creepy as it does majestic. Again, as real as it looks, we’re going to assume that she’s not permanently changed her body and that she’ll be able to remove it, 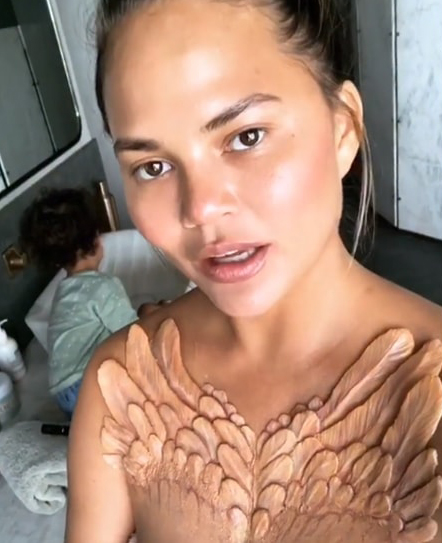 Queer Eye star Tan France also showed off a piece called, for obvious reasons, The Tudor, which was billed as a living piece of bling made to look like ruffled skin with bioreactive crystals. 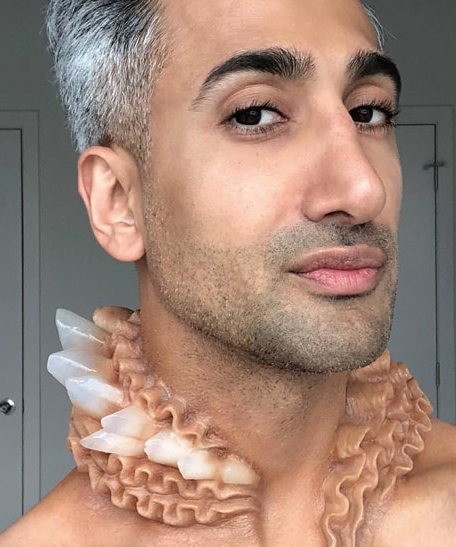 But perhaps the most impressive piece – sorry, Kim – was modelled by transgender supermodel Andreja Pejic, who wore some skin-sculpted shoulders. The design, called The Pinnacle, was part of a collaboration with designer Nicola Formichetti, who used to be Lady Gaga’s creative director. 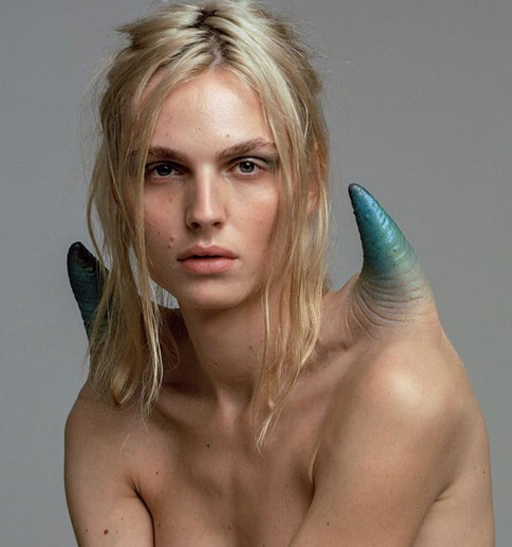 To be honest, if those things were on our shoulders, we’d never want to take them off. Who knows if these celebrities actually will – although we’d imagine sleeping with a glowing neck might get pretty annoying very quickly.

A. Human will open in New York as a month-long interactive experience on September 5, so you better buy flights if you want to catch it. You never know who might show up – or what they’ll look like.