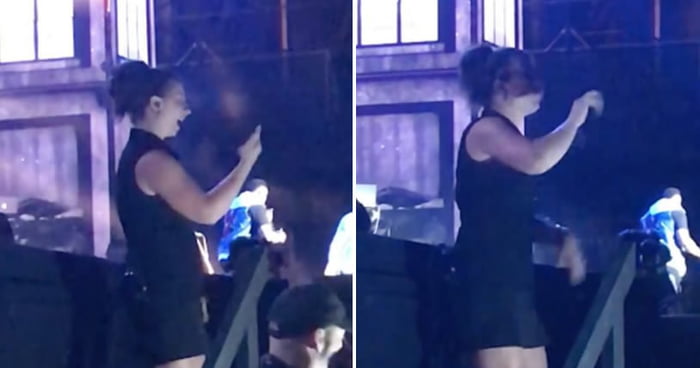 Sign Language Interpreter Holly Maniatty to the side of the stage, signing along to “Rap God” while Eminem performs at the Firefly Music Festival.

Ms Maniatty has become a star in music festivals in her own right after numerous appearances alongside rappers like Snoop Dogg, Jay-Z, Wu Tang Clan, Beastie Boys, and much more over the years shes been doing this, in addition to previous Eminem concerts.

Maniatty is also the same interpreter that grab internet attention a while back after a video with Waka Flocka showed the rapper confusing her signing for actually thinking she was dancing. 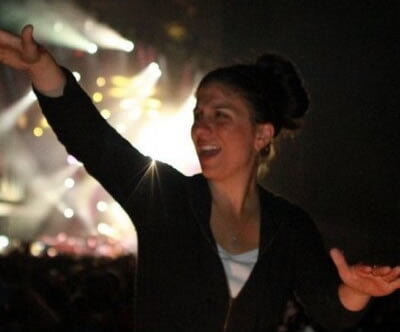 According to an interview with CBC, Maniatty got her start interpreting shows like Eminem’s after interpreting a Marilyn Manson concert. For hip hop shows in particular, there is a lot of research and preparation that goes into her performance.

“You just want to make sure that you’re providing the most authentic interpretation you can.”