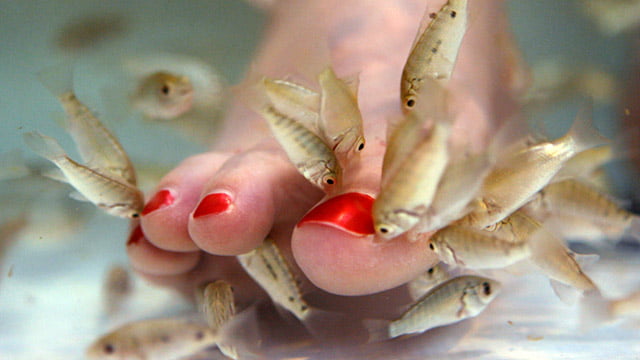 Victoria Curthoys claims she needed all five toes on her right foot amputated after catching a bone-eating infection from a fish spa on holiday in Thailand. 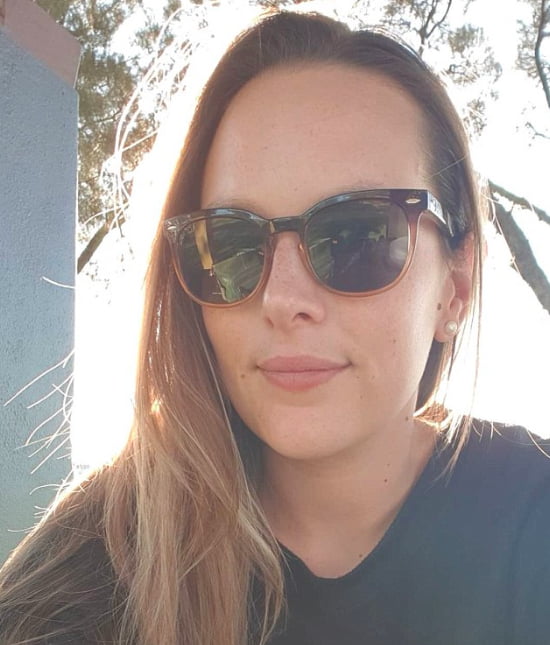 And surgeons amputated her other digits after she unknowingly caught shewanella from the spa in 2010, where freshwater fish feed on any dead skin. 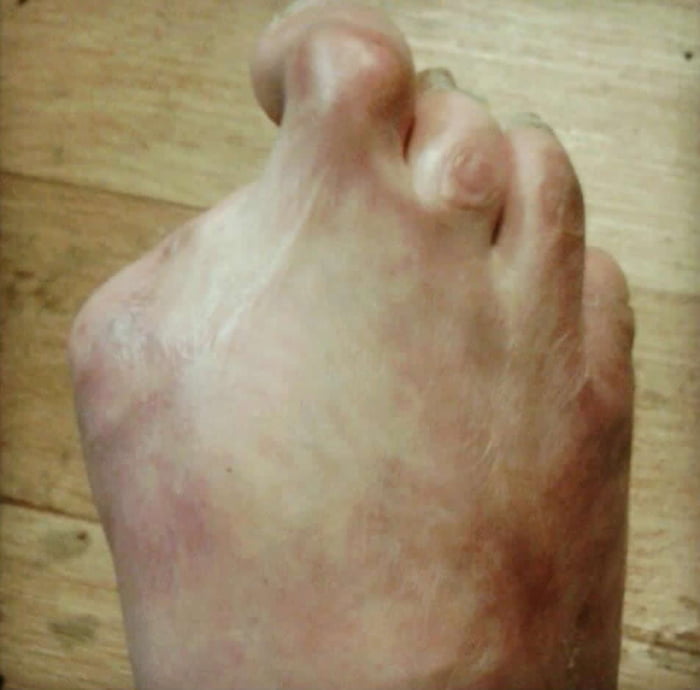 Doctors in Australia took two years to diagnose her with the water-borne bug. It rotted away the rest of her big toe after seeping through her prior surgery wounds, forcing medics to amputate it in 2012.

The pressure of walking on her smaller toes left Miss Curthoys with ulcers hiding further infections. All her toes were amputated over the next five years. 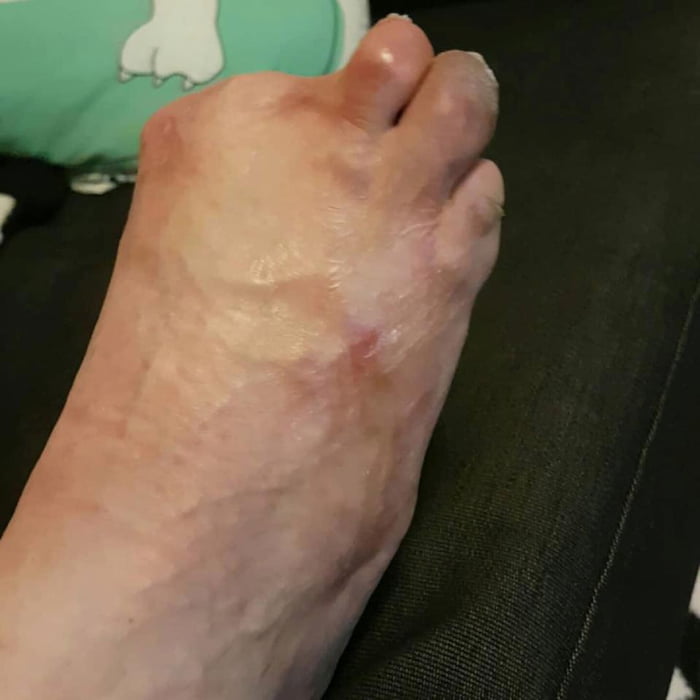 Speaking about her ordeal she said:

When I was in Thailand I decided to use a fish spa.

I thought nothing of it as I’d watched the owner set up the system and it looked very clean, but how wrong I was.

I ended up getting another bone infection in my big toe and it took doctors over a year to figure out what type of bug I had. By the time they’d realised what it was, my entire toe bone had been eaten away and I’d been suffering from sickness the whole time.

They eventually decided to take the big toe off completely. I felt relieved I could go back to my life without being sick all the time. 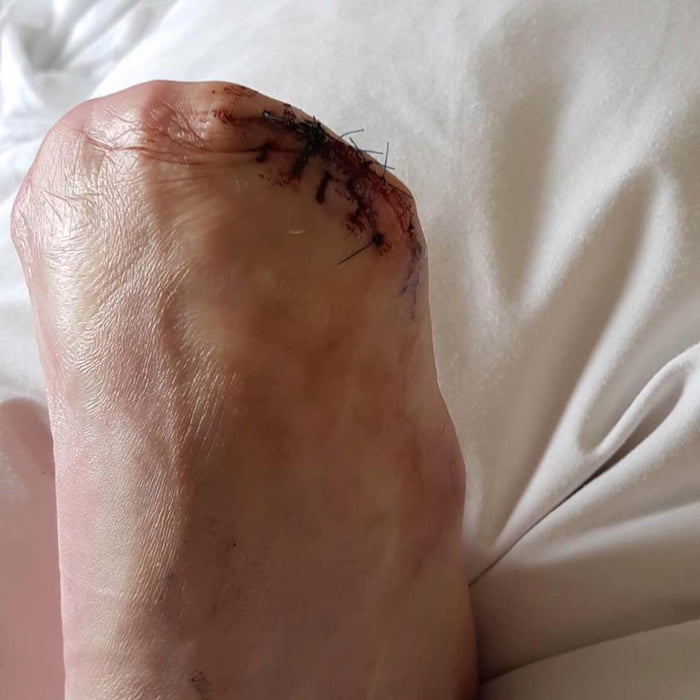 Doctors were forced to amputate half of her big toe, with the rest removed in 2012.

A year of walking without a big toe caused ulcers on the second toe from the pressure placed on it.

It had a rough callus over the top, but I was unaware that underneath that there was another raging infection. This time, the doctors took the second toe and left me with three toes. I was healthy for another two years, I thought I was very lucky to still have my foot and carried on with my life. But then I started to get sick again. 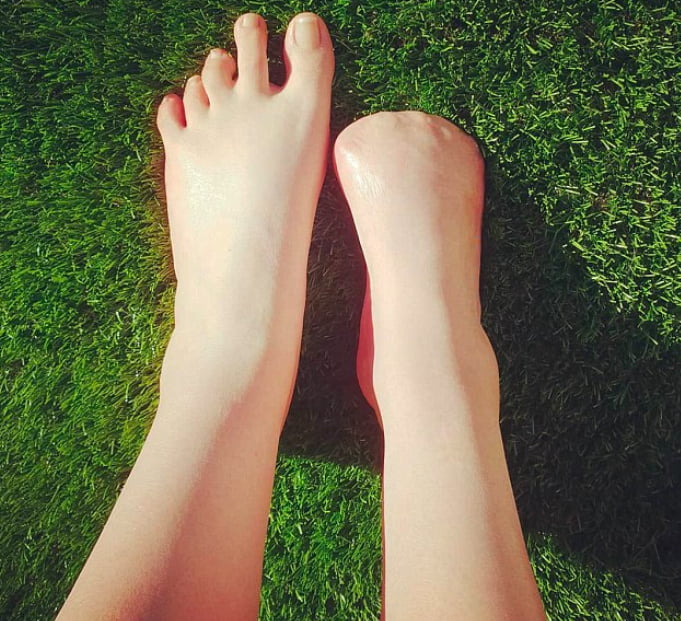 Because the little toe was the only one left, I kept knocking it and when I walked, and all the pressure would go onto the little toe.

Last year I noticed my small toe wasn’t looking very happy and there was some liquid on my sock, but I couldn’t see any cuts. After a few blood samples and more X-rays, they discovered another bone infection, so they finally took the last toe in November 2017.

At the end of the day, I’ve seen people with war worse injuries and life-altering illnesses, so I consider myself lucky.

WHAT IS SHEWANELLA INFECTION? 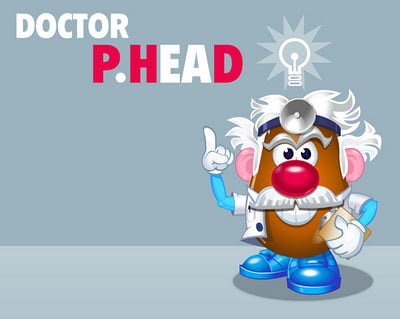 Shewanella are a type of bacteria which are found everywhere in the environment but rarely cause infection in humans.

They are most often found in water – both fresh and salt water – and in foods and sewage.

Although usually harmless, if they get into the body they can cause ear infections, cellulitis, abscesses, or infect existing wounds.