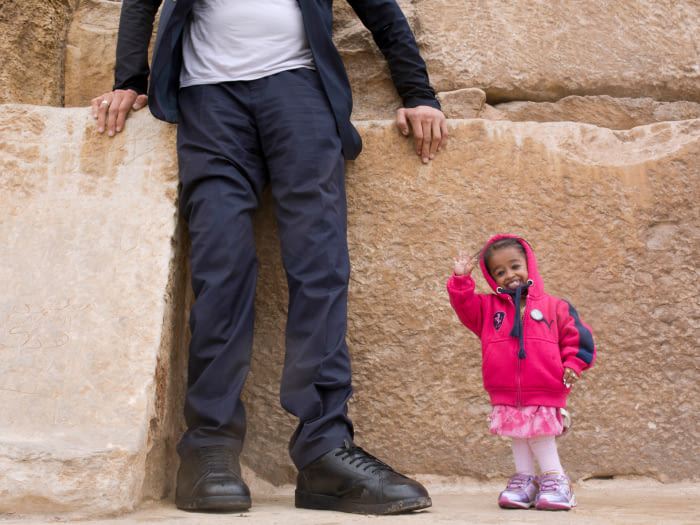 Mr Sultan Kosen and Ms Jyoti Amged they each really stand out in a crowd.

When seen together as they often go places with each other their height difference is unbelievable. 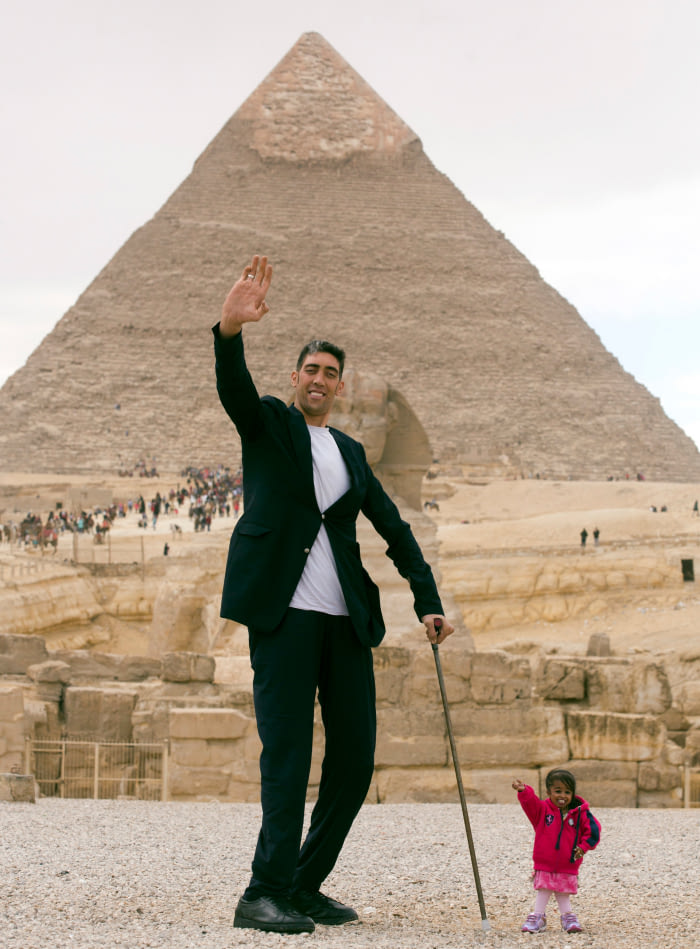 Have a look for yourself at these incredible photos from their meeting at the Great Pyramids of Giza in Cairo, Egypt

Sultan Josen, a 35-year-old man from Turkey, is the world’s tallest man standing at 8 feet and 1 inch tall that’s 247cm.

Take a moment to let it sink in…

While Jyoti Amge, a 24-year-old from Nagpur, Maharashtra who’s an actress has appeared in “American Horror Story” holds the record for the world’s shortest woman standing at 2 feet 6 inches tall that’s 77cm. 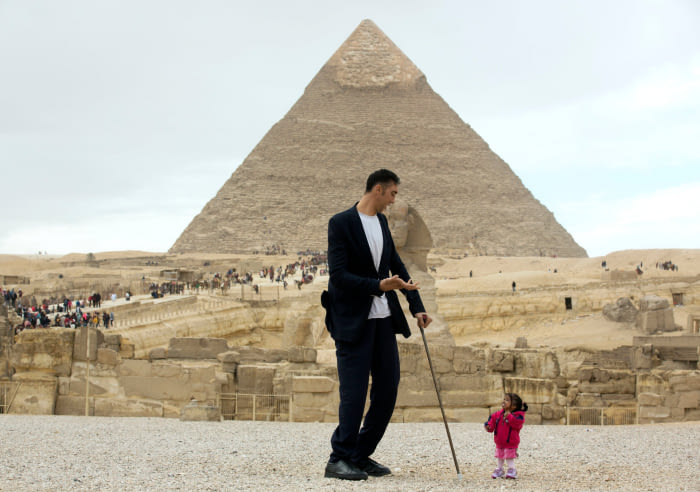 Invited by the Egyptian Tourism Promotion Board, the pair have posed in front of the world famous Giza Pyramids in Cairo in the most amazing photo-shoot ever.

It is the start of a tour the two world record holders are taking which will see them visit Cairo’s most popular tourism sites and talk at a conference which is being held in the Fairmont Nile City Hotel in the city. 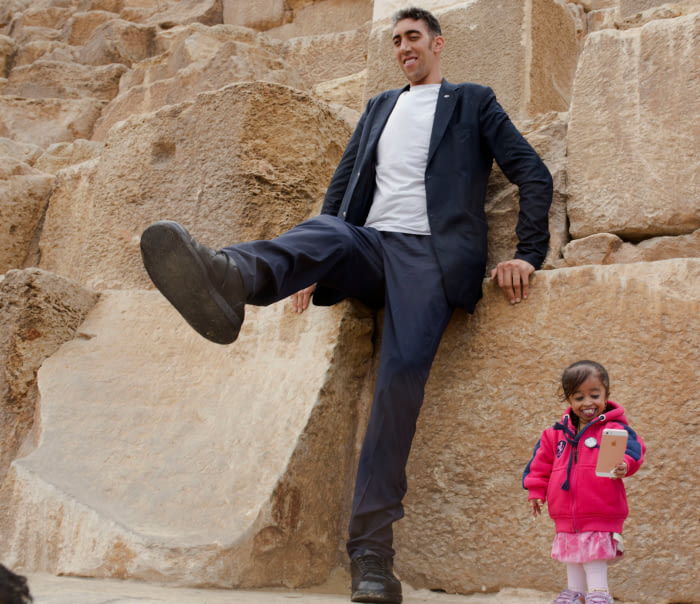 After the 2011 uprising that against President Hosni Mubarak, the number of tourists visiting Egypt had dropped to 9.8 million per year while it was at 14.7 million in 2010. 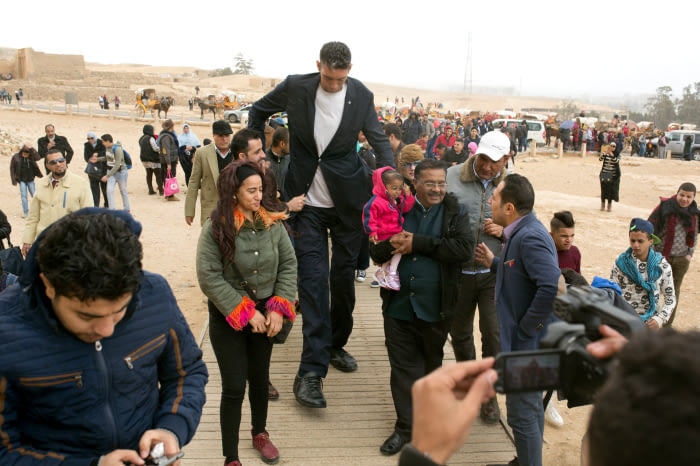 Of course together, Sultan Kosen and Jyoti Amge the unlikely pair drew a crowd around them. 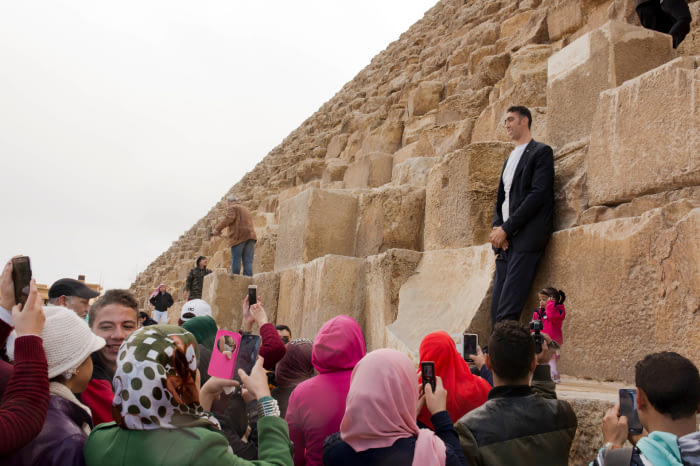