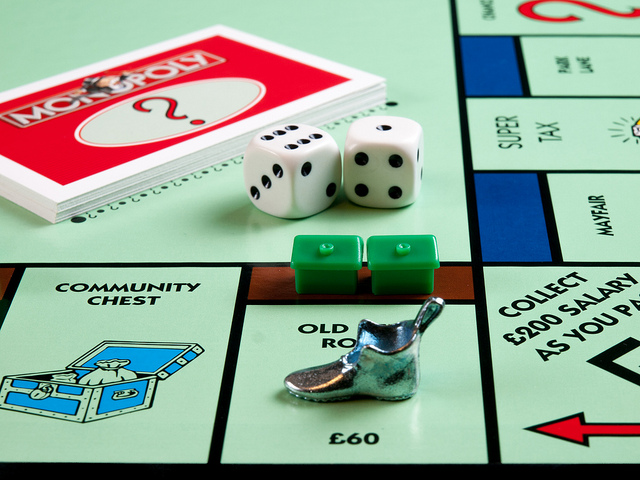 Monopoly! Cheat and Win for Real

This beautiful game of monopoly is all know too well to be having those occasional thieves who steals from you a bit of extra money the moment you are sloppy and get your guard down and try to cheat in one way of the other (of course depending on your opponent(s)). Well, there is good news for all those cheaters; your prayers have been answered so to speak.

For all of you who have in probably more occasion than you can count successfully managed to evade that parking fee on park lane or rent at Mayfair (guilty),Gods gift (or should I say Berkowitz gift) to you is here, Monopoly Cheaters edition.

Hasbro is releasing a special ‘cheaters’ edition of the famous board game. 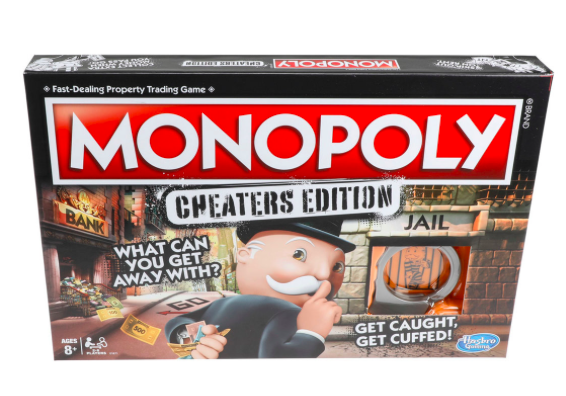 Berkowitz is gods answer to thieves?

Those of you who might be novices in this board game or never minds to do some reading on your favorite game so you probably dont know who Berkowitz, let me give you a quick preview. Jonathan Berkowitz (All hail god of thieves) is the senior VP of Hasbro. Now you got me, yes Hasbro the company behind the genius of Monopoly board game.

According to Berowitz, upon conducting a study on its customers playing experience, Hasbro found that about 50% of players make an attempt to cheat. Let me break it down for you once again, if there are two of you seated at home playing this game, then one of you is thinking of ways to cheat, so if its not you then take a guess! And the good or bad news depending on which side you are is there is now a Monopoly game that actually allows cheating. Cheating is now legal in monopoly my friend! I dont know about you but that definitely stills the fun from it. Or does it?

How it is played

How to play the cheaters version/ special edition? Simple, the objective of the game remains the same, have the most money. So in short you can get away with cheating, that is skipping extra spaces, rolling dice in a way that you avoid squares you dont want to land on, avoid paying fee, grab some extra buck from the bank, name it, you are the thief. 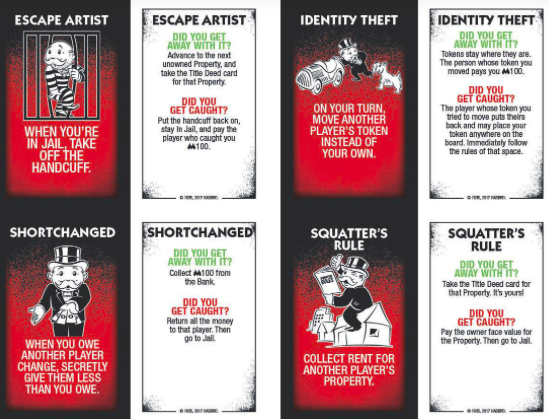 For the first time in Monopoly history, there is no designated Banker. Players are in control of the Bank on their turn, and pass it to the next player when their turn is over, making it easier to pull off ‘cheats’, such as a the Bank Heist.

Here is a list of some of the cheats in the game:

On the board, a few of the spaces have been ‘hacked’ by cheaters, with several spaces having designated prices on them.

For example, if you’re the first to land on what’s called Pennsylvania Avenue, you don’t need to pay for it, because it’s marked as free. 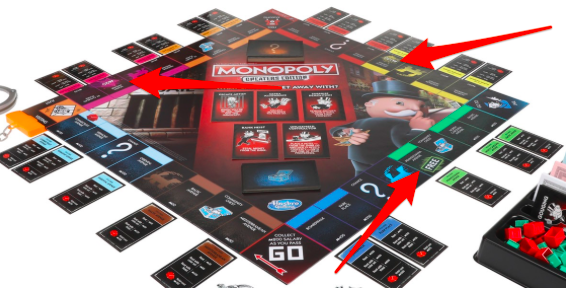 So if you’ve never been good at the game – or if you’re a massive cheat – this version is probably for you!

All in all, the best part of it all is , instead of being punished, you are actually rewarded, I dont know about you but am off to buy me one.