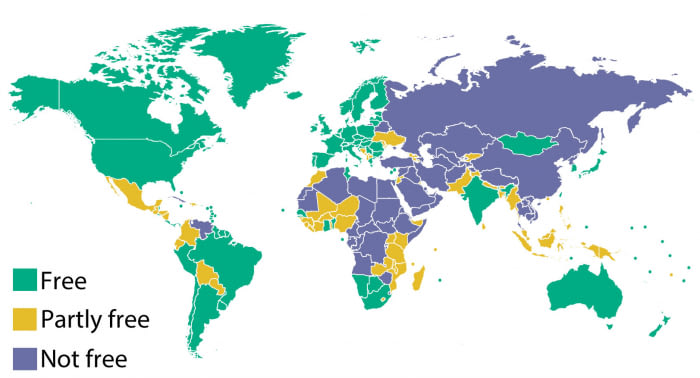 In a recent report Russia and China have been named the worst countries in the world for taking away people’s freedom.

The annual Freedom in the World report ranks nations according to civil liberties and political rights with each country placed in one of the following three categories: 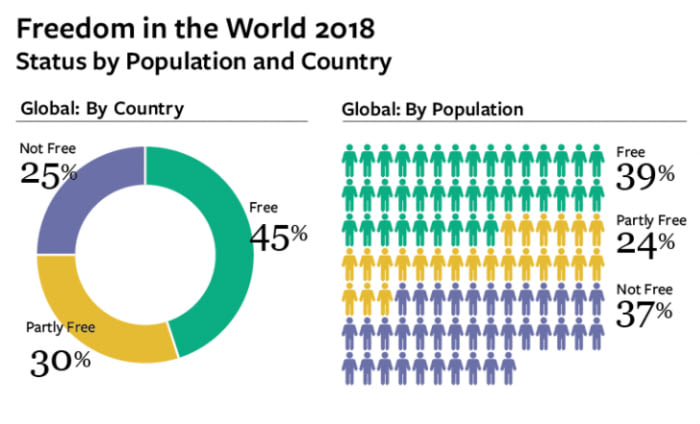 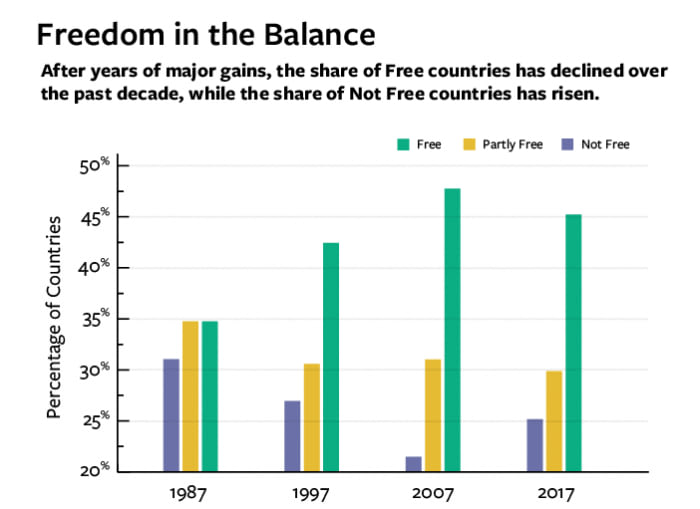 Some of the 88 countries, including Britain and America, were seen as being ‘Free’ while 49 other countries including the likes of Thailand, Egypt, and Turkey were deemed to be ‘Not Free’.

Each country is given a score out of 100 with the worst (-1/100) recorded by war torn Syria under the brutal dictatorship of Bashar Al-Assad.

South Sudan, Eritrea, North Korea and Turkmenistan made up the rest of the list as bottom five.

The number of people in the 88 countries living under ‘Not Free’ conditions stood at nearly 2.7 Billion people world wide.
But more than half of this number lives in a just one country, china which was named 19th from bottom on the list after recording a score of just 14. 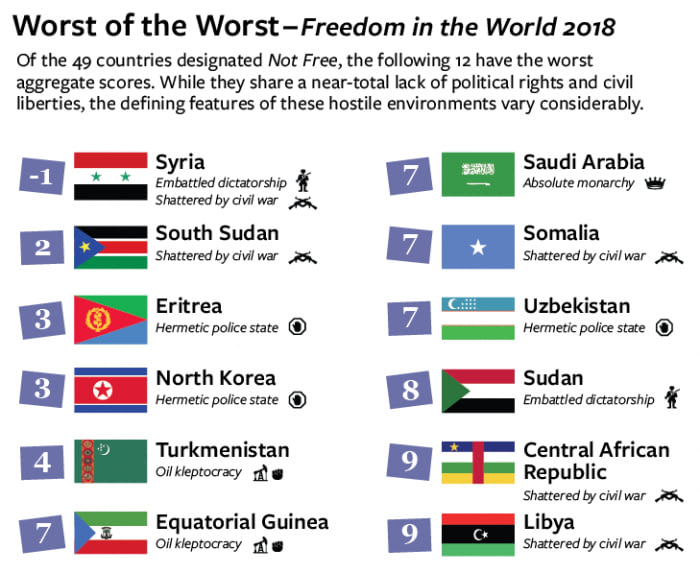 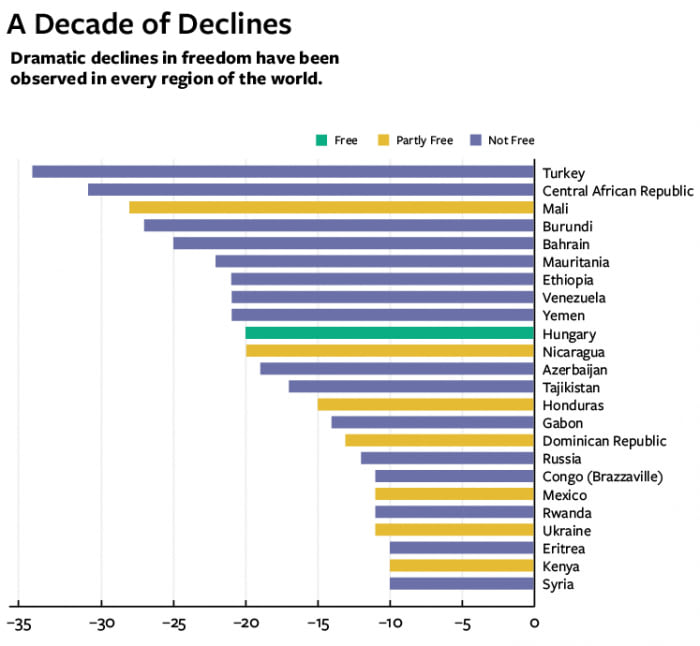 While at the other end of the spectrum, Scandinavian countries, Finland, Norway and Sweden topped the list of ‘Free’ nations with scores of 100, followed in the top ten by Canada, Netherlands, Australia, Luxembourg, New Zealand, Uruguay and Denmark.

Britain was named 27th in the list with a score of 94 above France but below Spain and Germany.
America was 53rd just above Greece and Mongolia, but below the likes of Italy and Costa Rica. 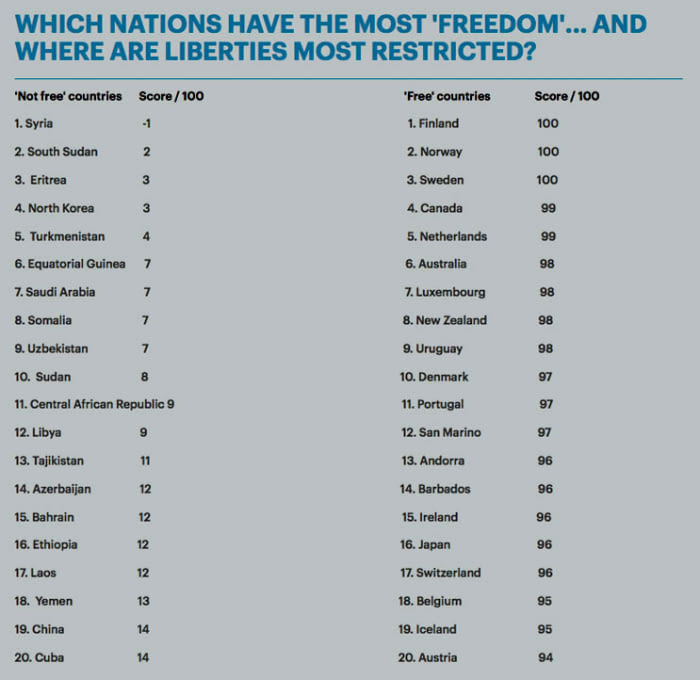 The report claims that the last year had brought ‘further, faster erosion of America’s own democratic standards’ which had ended up ‘damaging its credibility as a champion of good governance and human rights’ 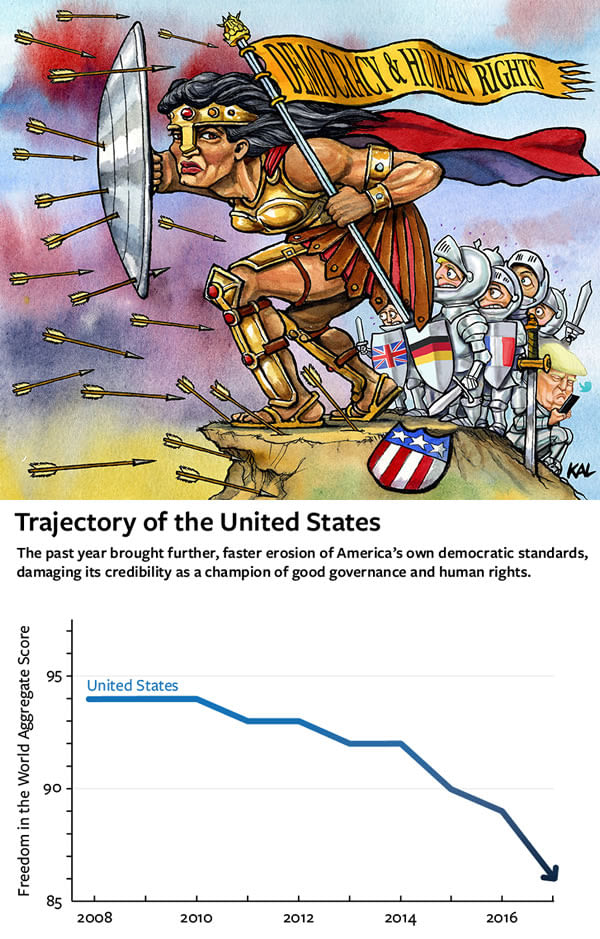 Also trends report shows countries where freedom for citizens had improved or been on a decline. 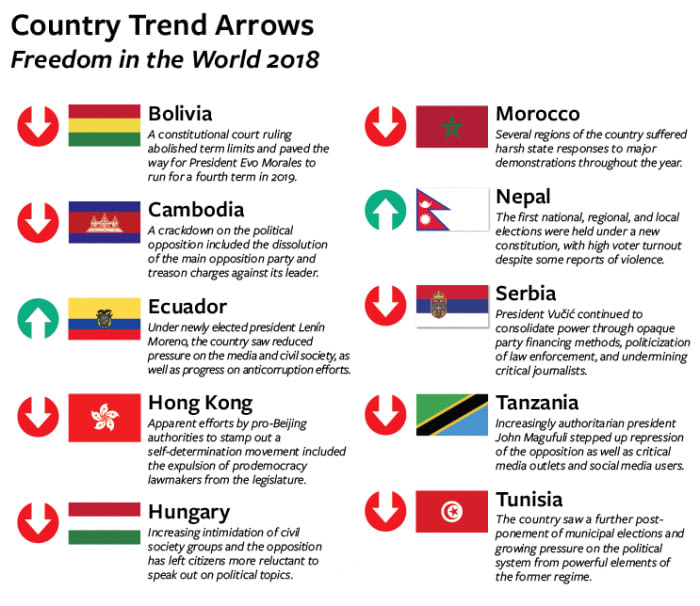