The authorities in India’s Uttar Pradesh state lunched an investigation after a video went viral showing a patient’s amputated leg being used as a pillow for the amputee.

This incident took place at the Maharani Laxmi Bai Medical College,happened moments after doctors had severed the leg to prevent infection, according to reports.

It’s unclear who recorded the footage but we guess it’s someone who was not happy with what was going on. 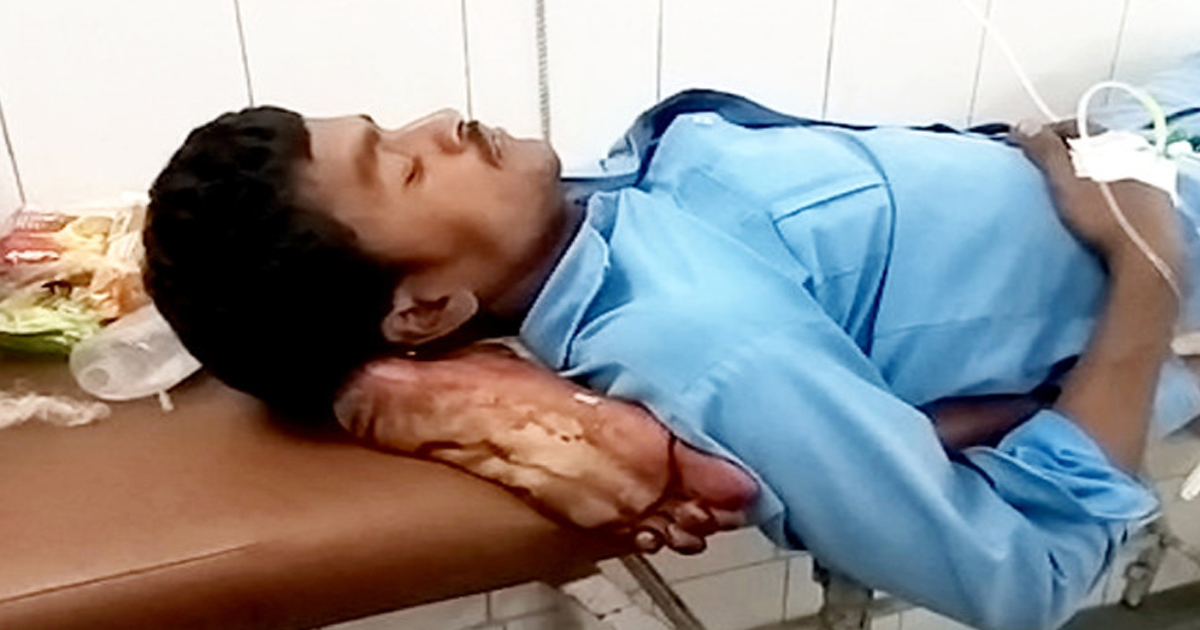 “We have set up a four-member committee to find out who put the severed leg under the patient’s head,” Sadhna Kaushik, principal of the Maharani Laxmibai Medical College and Hospital in Jhansi, told AFP. “Strict action will be taken if our staff is found at fault.”

The patient, identified as a 28-year-old school bus driver, was brought into the hospital moments after the bus he was driving overturned when he tried to steer away from a herd of cattle that appeared on the road, the Washington Post reported.

Relatives of the man told reporters that hospital staff had ignored their requests that he be given a pillow.

“When we reached the hospital, we saw his leg being used as a headrest,” Janaki Prasad, a relative, told the outlet. “I repeatedly asked the doctors to intervene, but they refused. Finally, after about two hours, I managed to get a pillow for him from the market and that’s when the leg was removed.”

The man’s family subsequently transferred him to a private hospital, since “there was no one to attend him” at Maharani Laxmi Bai Medical College, according to the Times of India. The outlet added that the six students who sustained minor injuries from the accident were later discharged after being examined.