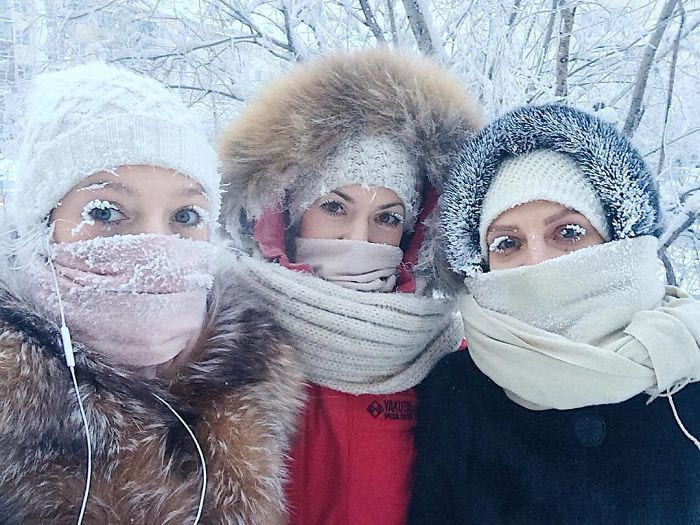 In this little village in Russia temperatures there have dropped to a staggering -62°C, according to one thermometer, temperatures like that are cold enough to freeze people’s eyelashes. 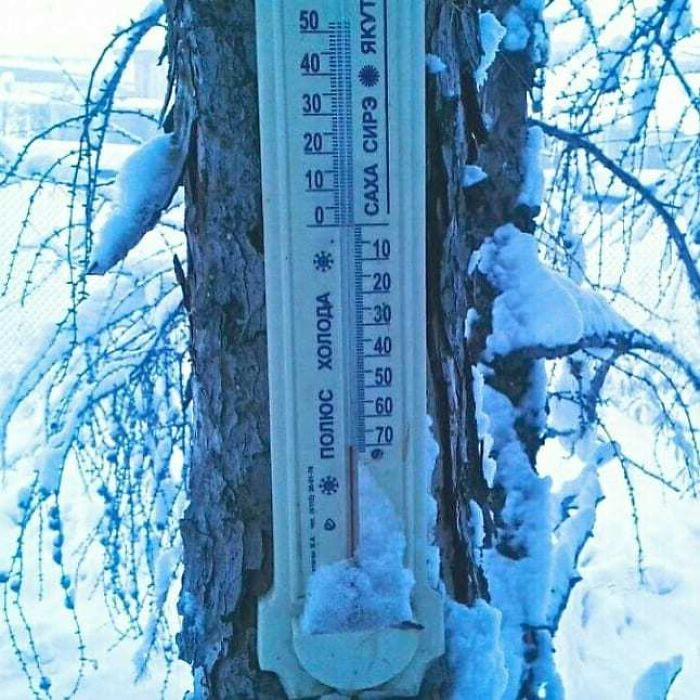 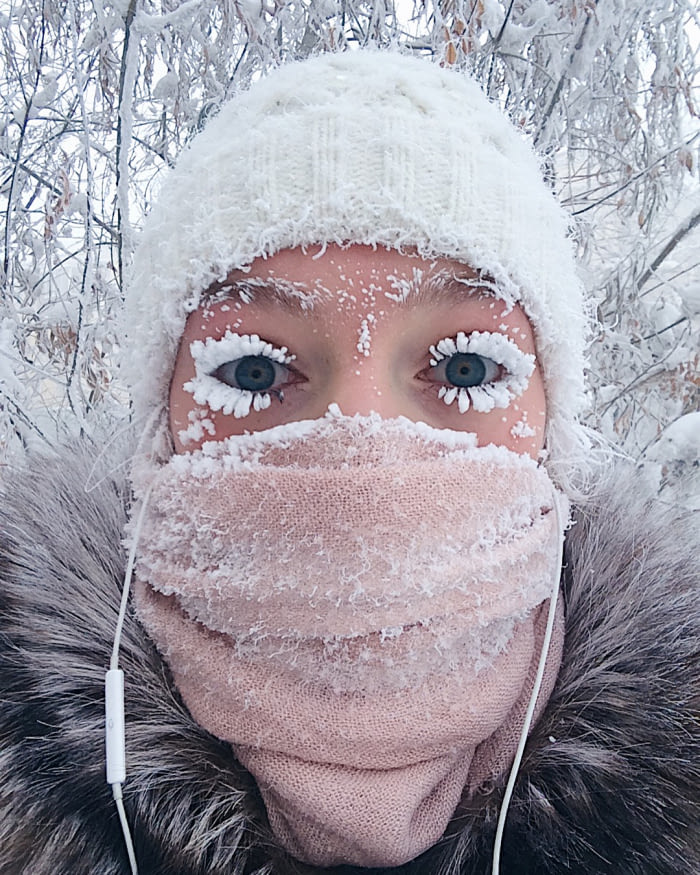 While the official weather station at the ‘pole of cold’ has registered -59°C, but the locals said their readings were as low as -67°C that is less than 1°C off the lowest accepted temperature for a permanent settlement anywhere in the world, recorded in the exact same village in the year 1933. 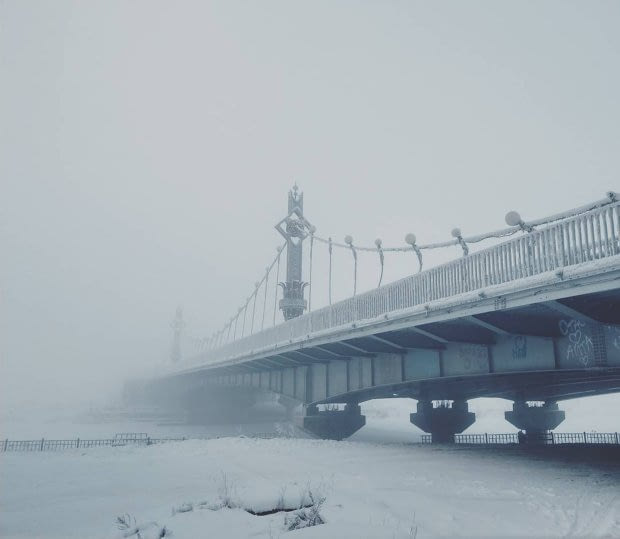 While you might think temperatures like this would leave everyone home and stuck next to the fire place a group of resilient Chinese visiting Oymakon peeled down to their underwear and went for a splash in the mysterious pool fed by a spring that never freezes in the small village. 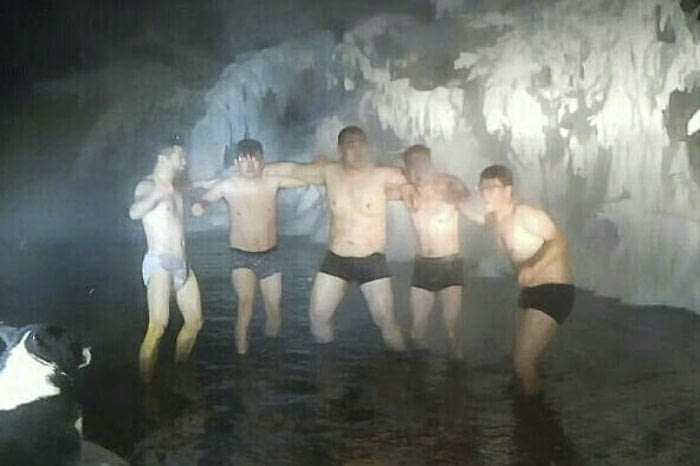 Locals are afraid to go out in such cold weather, but that did not stop the tourists from swimming in the ice-free spring Yeyemu in Oymyakon

In other parts of the village life went on as normal, they don’t need to put their food in freezers as the weather keeps it cold. 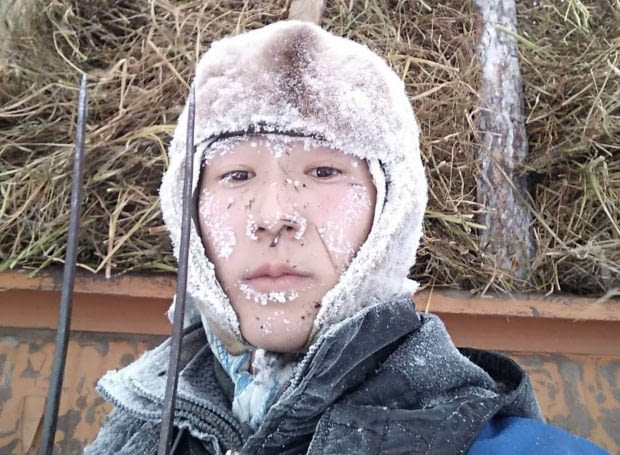 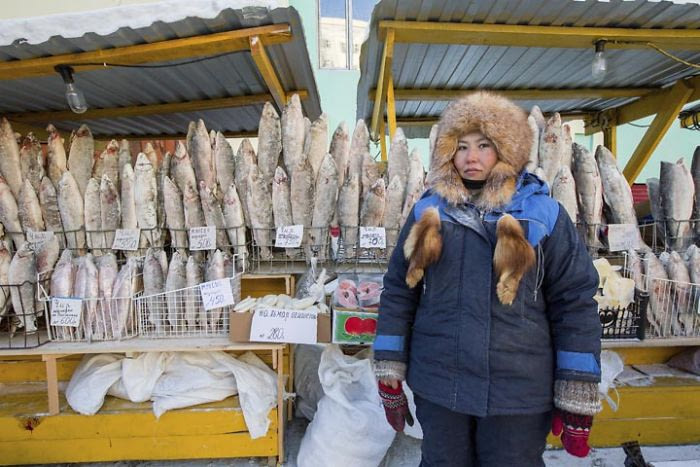 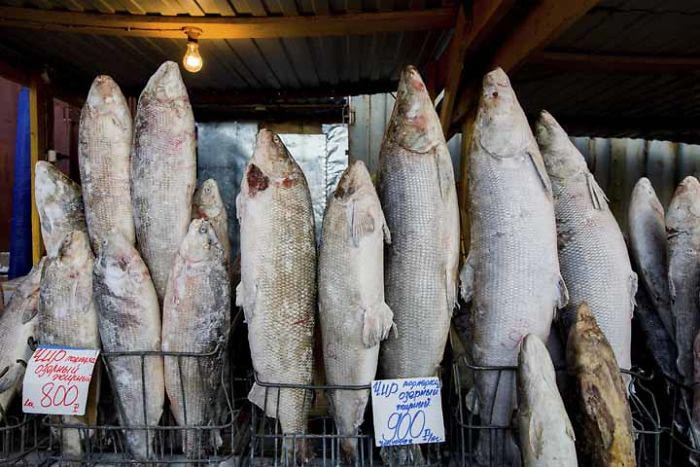 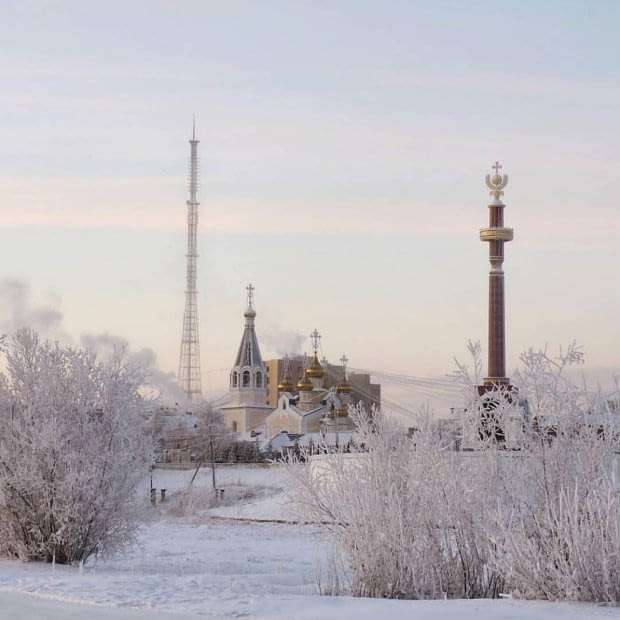 Back in the year 1933 a temperature of (-67.7°C) was recorded in Oymyakon, it was the lowest ever recording in the northern hemisphere.